6 EMIRATES TOURS IN ONE DAY:

As a federation of six Emirates (Abu Dhabi, Dubai, Sharjah, Ajman, Umm Al-Quwain, and Fujairah), the UAE is the finest destination to visit if you’re considering taking a holiday with your family, friends, or on your own. You can even do six Emirates tours in one day. When traveling to the UAE, there are various places to see and experiences to share that will last a lifetime. 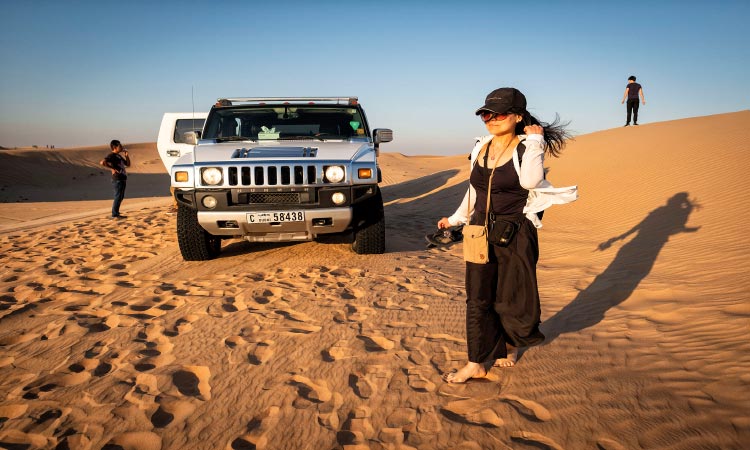 Abu Dhabi is the capital of Dubai. You may have a BBQ, race over the thrilling desert, board a camel, and go on a six-hour nocturnal desert safari in Abu Dhabi. Safari excursions in the desert are also discounted.

The biggest tourist attractions in Abu Dhabi include the Heritage Village, the Dates Market, and the Sheikh Zayed Mosque. You may also reserve air-conditioned carriages for a journey with a guide based on your interests.

Dubai is renowned for its opulent malls and exciting nightlife. Visit one of the many malls in Dubai, such as the Dubai Mall, Mall of the Emirates, Ibn Battuta, Dubai Festival City, or City Center Mirdif. There are many different upmarket eating alternatives available. The Burj Khalifa is Dubai’s main attraction, and the Dubai Fountain accompanies it, an artistic water show choreographed to beautiful music.

Sharjah, one of the United Arab Emirates three most well-known cities after Dubai and Abu Dhabi, is home to the Sharjah Aquarium, which is also one of its main draws. Al Noor Masjid is among Sharjah’s most recognizable monuments because of its Turkish Ottoman design and the Turkish Sultan Ahmad Mosque’s influence. You could go on an expedition with some animals that aren’t in Africa when you’re at the Sharjah Safari. Visits from kids and animal enthusiasts are recommended.

Ajman, which is the fifth-largest city in the United Arab Emirates, is well known for its cultural attractions, including (Dhow Yard, Ajman Museum, and Al Muwayhat) If you want to cool down this summer, don’t forget to check out Ajman’s Dreamland water park.

This place is said to be popular among locals looking for a cheap weekend break near the seaside. Al Seniah, Umm Al- Quwain’s biggest island, is where you can go skydiving and seal diving while supervised by specialists. There are both land-based and water-based sports available. Umm Al- Quwain open beach is one of the most beautiful, calm, and tranquil beaches, with several spectacular panoramas, making it an ideal resting spot after a long day.

The city, situated in the Gulf of Oman, is the seventh-largest in the UAE. Fujairah is well-known for its beaches, offshore activities like scuba diving and snorkeling, and the breathtaking vistas that can be seen there.

Only 30 minutes away from Dubai, it is the only emirate with mountains and wadis. In Fujairah, beaches are accessible for swimming and grilling.